At the 132nd session of the Council of the World Customs Organization (WCO), which ended on Saturday, June 30, the Director General of Uruguay Customs, Mr. Enrique Canon, was reappointed as Chairperson of the Council, the Organization’s highest decision-making body, which gathers the Customs Administrations of 182 countries.

The Council is the supreme body of the World Customs Organization and, as such, it takes the final decisions regarding the Organization’s work and activities. All WCO bodies report to the Council and it operates with administrative support provided by the WCO Secretariat

The Council was established with the aim of securing the highest degree of harmony and uniformity in the Customs systems of Member Governments, and especially to study the problems inherent in the development and improvement of Customs techniques and Customs legislation in connection therewith.

The functions of the Council are the following:

A)     Study all questions relating to co-operation in Customs matters which the Contracting Parties agree to promote in conformity with the general purposes of the present Convention;

B)     Examine the technical aspects, as well as the economic factors related thereto, of Customs systems with a view to proposing to its Members practical means of attaining the highest possible degree of harmony and uniformity;

D)     Make recommendations to ensure the uniform interpretation and application of the Conventions concluded as a result of its work and, to this end, to perform such functions as may be expressly assigned to it in those Conventions in accordance with the provisions thereof;

E)      Make recommendations, in a conciliatory capacity, for the settlement of disputes concerning the interpretation or application of those Conventions;

F)      Ensure the circulation of information regarding Customs regulations and procedures;

While the functions identified by the founding Convention remain broadly relevant, global developments in trade, transport and technology have had a significant effect on the activities of the Organization over the years. Today, the Council’s key deliverables are:

A)     To examine and, where appropriate, approve the work done by the Organization’s technical bodies, including the preparation or amendment of WCO instruments;

B)     To review, on the basis of written and oral reports by the Secretary General, the progress made during the previous twelve months with the implementation of the Organization’s rolling, 3-year Strategic Plan;

C)     To direct the future work of the Organization, in particular by examining, finalizing and adopting the Strategic Plan, which is prepared each year by the Secretariat and submitted to the Council after preliminary examination by the Policy Commission;

D)     To examine and decide upon such policy issues as may be submitted to it by the Policy Commission;

E)      To interpret the provisions of the founding Convention;

F)      To provide a forum for the high-level exchange of information, views and experiences on topical Customs issues;

H)     To adopt amendments to the Secretariat Staff Regulations and Staff Rules;

K)      To adopt the Organization’s Calendar of Meetings for the forthcoming year. 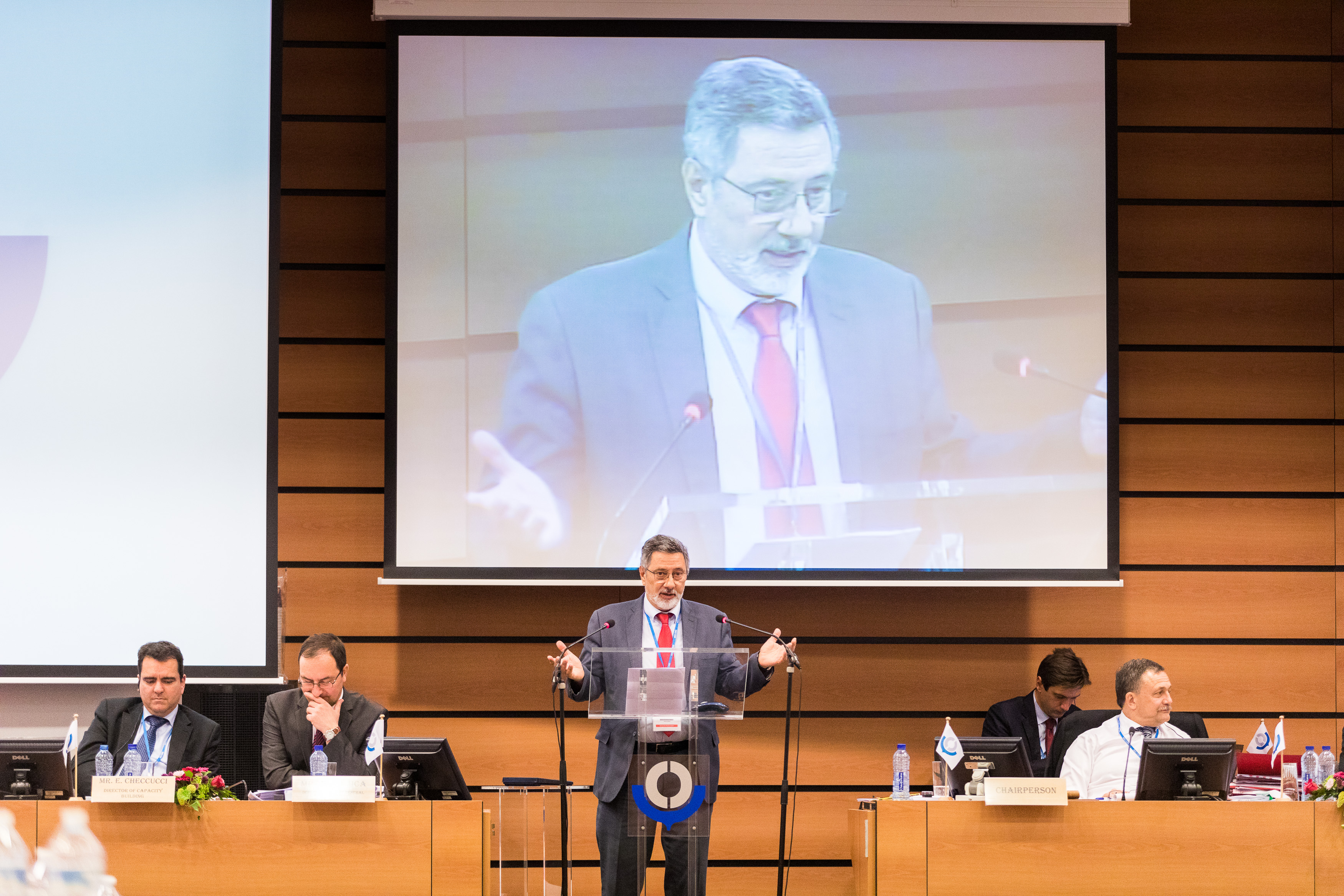